We have begun to use a “crest”, “coat of arms” or we can simply call it a logo for our website, which builds on the so-called “greater” coat of arms for the modern German state of Baden-Württemberg. Most of the Riehle Immigrant Ancestors we have been able to identify came from the old German states of Baden or Württemberg or adjacent territories and although a 20th century construct, the coat of arms of the modern state of Baden-Württemberg is based on historic symbols that relate rather nicely to our German ancestry:

For more information see Wikipedia, our primary source for this article 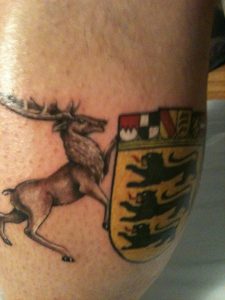 Get Your Popcorn Here!